Austrian Foreign Minister to Rozana: The political solution in Syria is the guarantee to overcome the refugee crisis 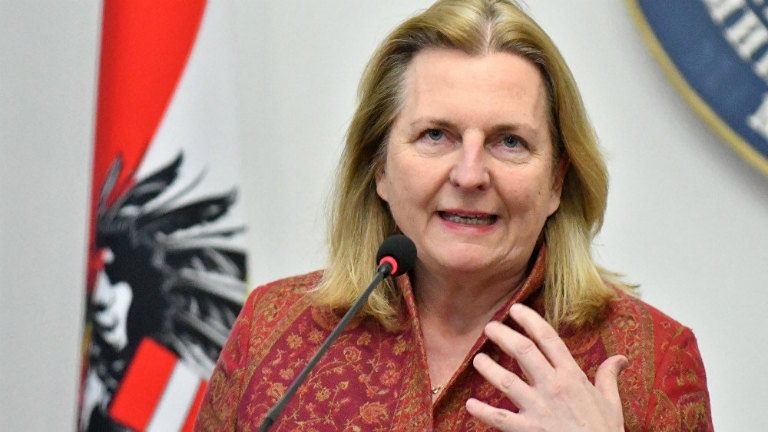 Austrian Foreign Minister Karen Kniesel stressed during a statement to Rozana Radio the need for a political solution in Syria in order to find a real way out of the Syrian refugee crisis.

The Austrian minister’s speech came in response to a question by Rozana Radio about the impact of financial support to the Lebanese government in easing calls which reject the continued presence of Syrian refugees on its territory.
Kniesel asserted that although Brussels donors’ conference, “Supporting the Future of Syria and the Region,”

provides financial support to alleviate the problems related to the Syrian crisis, the funds alone will not be enough to resolve the Syrian crisis, stressing the need to reach a political solution to end the Syrian crisis with all its complexities.
The Austrian Foreign Minister, along with EU ministers and a number of Arab countries, participated in the third Brussels III Conference, “Supporting the Future of Syria and the Region,” which ends Thursday.

In another context, with regard to the Russian approach which supports the Syrian regime to achieve a political solution in line with its vision, Kniesel pointed out their communication with all parties involved in the Syrian crisis.
She considered that their discussions regarding the consensus on a political solution is not limited to the Russian side, but also includes the American and Iranian sides as well.

Federica Mogherini, the High Representative of the EU for Foreign Affairs and Security Policy,
declared on Thursday that the EU is going to allocate more than 1 billion euros to Syrian refugees for 2019 and 2020.
"I am pleased to announce that the European Union confirms its willingness to give 560 million euros in 2019 and its readiness to provide the same amount, worth 560 million euros, in 2020" in aid of Syria and the region, said Mogherini during the donors' conference in Brussels.

The Brussels III Conference, which was launched in Brussels on Tuesday on "Supporting the Future of Syria and the Region" and chaired by the European Union and the United Nations, aims to support efforts to achieve a durable political solution to the Syrian crisis, in line with UN Security Council Resolution N° 2254.