An intensive agenda at the Brussels Donors’ Conference... Learn about the most important files 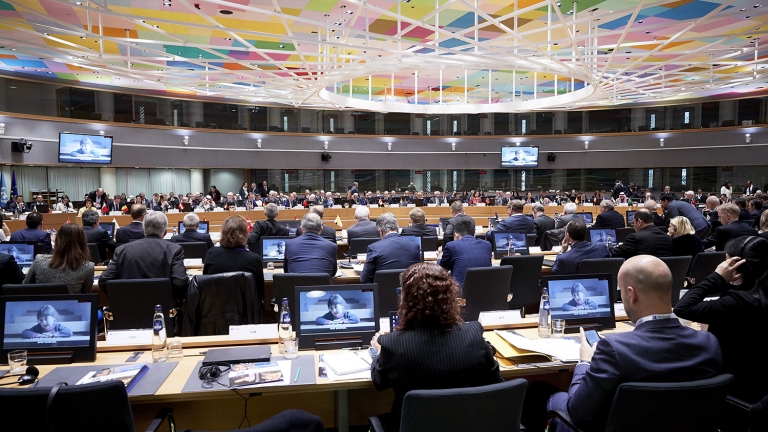 Over the course of a day and a half, the third conference on "Supporting the Future of Syria and the Region" will take place in Brussels on March 12 and 13, with the participation of more than 200 Syrian, regional, and international NGOs and civil society organizations.


Participants will discuss the main issues affecting the Syrian people with ministers from the region, and from donor countries, EU commissioners and heads of United Nations agencies, where the event will be held for half a day in the European Parliament.

The organizers of the conference hope that these dialogues will constitute a starting point for the foreign ministers’ meetings on the 14th of this month in the European Council building, where they will address the multiple dimensions of the Syrian crisis.

The European Union and the United Nations co-chair the third conference on "Supporting the Future of Syria and the Region", to be held from 12 to 14 March 2019.

In its third session, the Brussels conference of donor countries aimed to raise $ 5 billion to respond to the crises of Syrian displaced and refugees in neighboring countries of asylum, particularly in Turkey, Jordan, and Lebanon.

Through this conference, the European Union sought to continue to provide humanitarian and political support in Syria in order to finally reach an agreed-upon political solution and to help create conditions for a brighter future for all Syrians.

The current conference sought further mobilization in the areas of humanitarian assistance and support for the steadfastness of the Syrians both within the country and in neighboring countries, as well as supporting a lasting political solution to the Syrian crisis within the framework of the UN-led peace process in line with Security Council Resolution 2254.

The conference will also focus on the solidarity of countries and communities which hosted the Syrian refugees and the challenges they face in the medium and long term. Particular attention will also be given to the views of Syrian women.

According to the organizers, the conference's program will consist of several activities. It will start on Tuesday through an opening session in the European Parliament, followed by two other sessions, the first is entitled: Empowering Young Civilians in Syria and the Region, and the second session will focus on forced displacement and the comprehensive solutions to handle the issue.

On the second day (Wednesday), an opening session will be held in which a number of NGOs will speak, followed by two simultaneous sessions. The first session will address the social and economic recovery in countries hosting Syrian refugees, while the second will discuss the protection mechanisms.
These sessions will be followed by other panels on justice and social cohesion in Syria, as well as the education and protection of Syrian children. All these meetings will be concluded with the submission of relevant reports, observations, and proposals to be presented to the foreign ministers' meetings on the closing day on Thursday.

It is assumed that 12 events will be held on the sidelines of the conference, the most important of which is entitled Uprooted Syrian Voices, which will host a group of Syrian civil society activists to discuss the possibility of a safe return to Syria before deciding on the policies directed to the homeless and the refugees inside Syria.

This activity will also probe loopholes in the current reports, policies and data related to the issue of the refugees as well as displaced Syrians and how to address these malfunctions. In addition, the event will focus on the conditions for a voluntary, dignified, and safe return.

The session entitled: Ensuring Justice and Sustainable Peace in Syria will be devoted to examine the required accountability and justice mechanisms in order to enable future reconciliation and sustainable peace in Syria and the region.