Syrian Regime Chasing Syrian Refugees Even in Their Dreams! 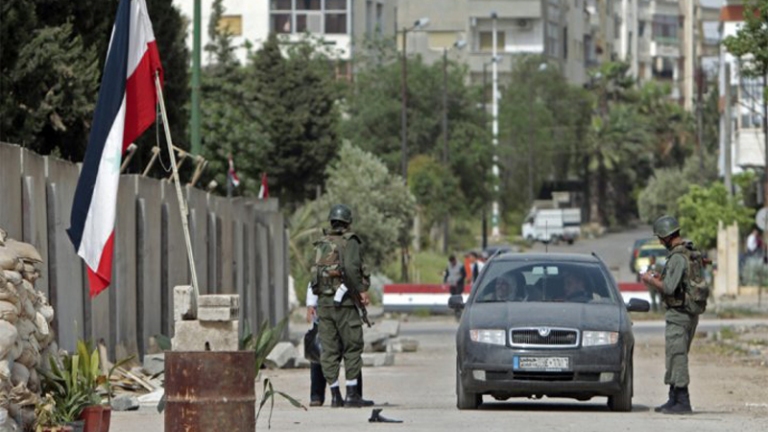 Many young Syrians are suffering from nightmares that have been haunting them since they left Syria. These nightmares depict scenarios of them escaping from the Syrian regime’s security forces or military checkpoints, and other scenarios of their concerns about planning to leave the country after they have returned to it or after finding themselves again trapped in it.

The Syrian journalist Iyad Sharbaji wrote on Wednesday on his Facebook page that during a meeting with his friends, one of them told him that he has been frequently having a nightmare, in which he has been seeing himself hiding somewhere in Syria, in extreme fear, and unable to leave or escape because the security officers or the regime’s forces are surrounding the place.

Sharbaji stressed that he has been also seeing the same nightmare from time to time. He wondered, "How can two Syrian people, who met in a country thousands of miles away from Syria, who do not know each other before, and who are not related to each other, see the same dream?"

When do dreams turn into a psychological problem?

Psychologist Mohammed Abu al-Majd told Rozana that it is common and usual for a war to result in trauma, especially among young expatriates, who often see disturbing dreams, or always remember someone's death or what had happened to them while they were in Syria. He stressed that it is normal that these nightmares occur after the first month of leaving Syria, but if their occurrence continues for more than a month, this cannot be considered normal.

The psychologist added that a month after leaving Syria, it would become a psychological disorder called post-traumatic stress disorder (PTSD). In such a case, it is crucial to visit a psychologist to follow up and treat the disorder.

Abu al-Majd advised young people who have recently left Syria to focus on their current situation and what they will do in the new country. He added that if a person focuses his mind on his departure from his country and on being chased, this idea itself could cause serious problems in life. Thus, Abu al-Majd further stressed the need to focus on achieving a certain goal in the new country.

Facebook user Ayman Younes said that “every month, he sees a dream of himself returning to the capital Damascus, feeling angry because he returned from Germany to Syria, and then deciding to go back to the expatriation country, only to realize he does not have the price of a plane ticket.” He added that in every dream, he sees a friend either detained or dead, and pointed out that he has friend in Turkey who has been seeing the same dream.

Rafi Musa said that, at least once a week, he would picture himself in a state of great fear and terror hiding in a house surrounded by the regime forces and security officers are everywhere.

Iyad added that he has been seeing the same dream or another, in which the regime forces raided his home, for two years ever since he left Syria, until he felt that he is no longer afraid but rather safe.

It is worth mentioning that calls for reserve or compulsory military duties have prompted hundreds of thousands of young Syrians to flee abroad or to areas, which are not under the control of the Syrian regime. Other young people sought to hide and stay at their homes fearing arrest and being taken by force.

The number of young Syrians taken by force to reserve duties has increased recently. Several regime-held governorates witnessed many cases in which young people were kidnapped from their workplaces and public places and forced to join the regime forces through the security barriers deployed in those provinces.

According to local media reports, published on 24 January, the Ministry of Defense in the government of the regime has raised the age limit for meeting reserve duties in the new lists, which include about 900 thousand names, including names crossed three months ago after previous amnesty.

The same reports mentioned that all the names of those who were required to meet reserve duties, which were crossed thanks to the amnesty, have been brought up again along with new names. This indicates that the ones included in the lists of new names required for reserve duty were born in 1976, 1977, 1978 and 1979.

The President of the Syrian regime, Bashar al-Assad, issued a legislative decree, early last October, granting a general amnesty for dissidents of his army and those escaping compulsory and reserve duty, only if they give themselves up within a specific period of time.

A number of young people rushed to return to Syria after the amnesty decree was issued and the names of the men wanted for reserve duty were removed. During an interview with Rozana, some called for slowing down before returning to Syria and being cautious toward what they described as "the changing arbitrary laws of the Syrian regime."