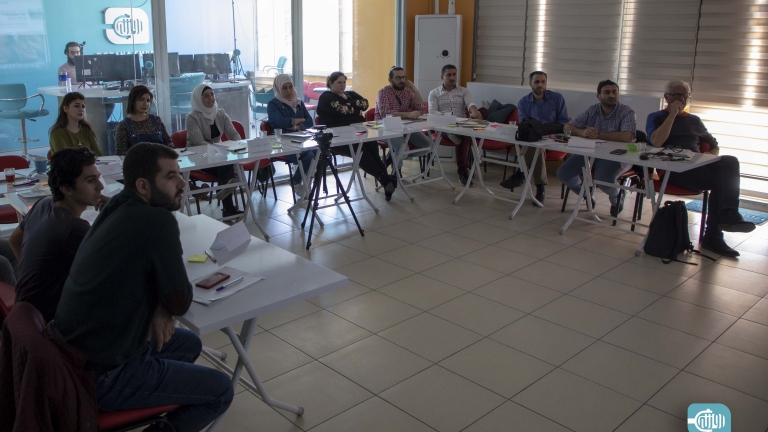 Through its SMS training center, Rozana Media Foundation has launched an initiative to train journalists on the "Media Chart of Honor" as part of its press training programs.

Aware of the great role media is playing as regard to shaping public opinion through performing its role in a professional and objective way and reporting the truth without being biased as well as assuming the role of monitoring and accountability, Rozana has begun the Syrian Media Chart of Honor training program as a fundamental part of its overall press training.

Rozana Media Foundation, along with other 19 media organizations, has been involved in the drafting of the Charter of the Press, relying on the general ethical principles acknowledged by the international conventions, declarations, and covenants of the world of journalism.

Rozana Media Foundation has provided training to many Syrian journalists over the last four years, under the supervision of professional journalists from several Syrian media outlets.

Rozana's training workshops included the fundamentals of investigative journalism, journalism ethics and standards, cyber security and data protection. All the training has been carried out through online platforms.

The topics that the training workshops have tackled include the basics of editorial press, the process of press materials and news making, TV reporting, data journalism, and photojournalism.

Rozana Media Foundation has established its training center in its regional office in Gaziantep, Turkey, in 2014. It is working to broadcast Radio programs online, as well as fm frequency in Gaziantep. The Foundation also has a website and a radio studio in Paris, the French capital. Rozana also has a mobile app for Android and iTunes.