Will the Syrian Media Succeed in Confronting the Hate Speech? 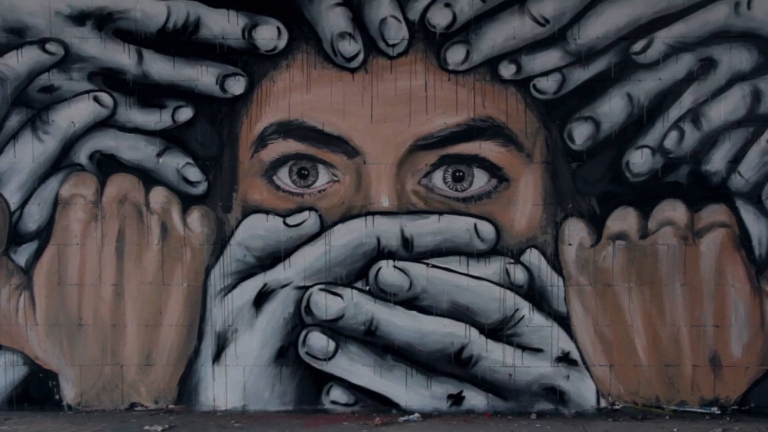 News | 22 Jul 2018
Hate speech is defined as any statement or act that would incite religious, sectarian, racial or ethnic strife, or discrimination between individuals or groups. In the absence of laws, Syrian media institutions are subject to severe penalties in this regard. New and emerging post-2011 Syrian media institutions have had initiatives to combat this kind of speech promoting division and hatred among Syrian people, most notably the Ethical Charter for Syrian Media.
Hussain Berro, a member of the Ethical Charter for Syrian Media, confirmed the existence of hate speech in the Syrian media. However, he pointed out that the emergent media or the so-called alternative media had inadvertently fallen into the trap of hate speech, which it has never addressed through a firm plan. At the same time, these institutions were aware of the need to control theirits staff and editorship at an early stage. He warned against going through with this speech because it will lead the Syrians toward destruction.
Berro stressed that advocating the establishment of an Ethical Charter for journalists is one of the ways to adjust the editorship and rhetoric language, which prompted many institutions to change their editorial policies and control press materials.
Berro explained that tackling the hate speech today is no longer restricted to the circle of Syrian institutions and conflicts. It is rather a problem that the international media is facing as a result of the emergence of the extreme right as well as the political movements that have brought hostility and hatred to others,such as  the speech of US President Donald Trump.
"There is a chance that the Charter will be an important code of conduct for many institutions, but there are several factors, which prevented the implementation of the Charter. However, it remains an important document that will help the Syrians move towards professionalism. The Charter will highlight that these newly established institutions, which have been found after 2011, are not provisional but will contribute into change. He also indicated that their lack of commitment to professionalism, which provides for moving away from hate speech, will reduce its public credibility.
Following a series of discussions and reconciliations between several fronts, a group of independent Syrian media organizations have adopted a series of principles, through a charter that contributes to creating a state of balance and stability for the benefit, growth, and development of Syrian society. The charter is called Ethical Charter and it is  hoped that all concerned parties will respect and abide by it.
Conditions are unfavorable for fighting hate speech
Ammar Abed Rabbo, a Syrian photographer, stated that the media is the mirror of society, and despite the effective and powerful presence of the image in Syria and its role in conveying the reality of the scenes of murder and death, and documentation, it has contributed into spreading hate speech.
The Syrian photographer pointed out that the elimination of this speech requires transitional justice, the disclosure of the fate of the missing people, and holding those who committed war crimes accountable. Then, we shall consider thinking about a different kind of speech. Abed RabboHe considered that the current conditions are not favourable for fighting hate speech because of the current circumstances.
Responsible discourse and meaningful content shape the future of media organizations
The head of the Syrian Journalists' Association Ali Eid stated during an interview with Rozana Radio that some Syrian media projects and outlets have not been able to withstand the last four years for several reasons, most notably due to the suspension of support of international institutions and organizations, while there is a future for media outlets that have legitimized their presence and assumed responsibility through a serious speech and informative content away from hate speeches.
He stressed that media outlets are not concerned with winners or losers, for media should neither praises nor deflects and that the real mission of media has begun now. He stressed that the future of the Syrian media, which operates at home, is not guaranteed under these circumstances.
In a poll conducted by Rozana Foundation, about whether the Syrian media made use of hate speech in their content, 89% of the respondents said yes, while 11% of them answered “no”.