Rafat Zagout: Islamist Struggle Is for Influence .. Not Revolutionary! 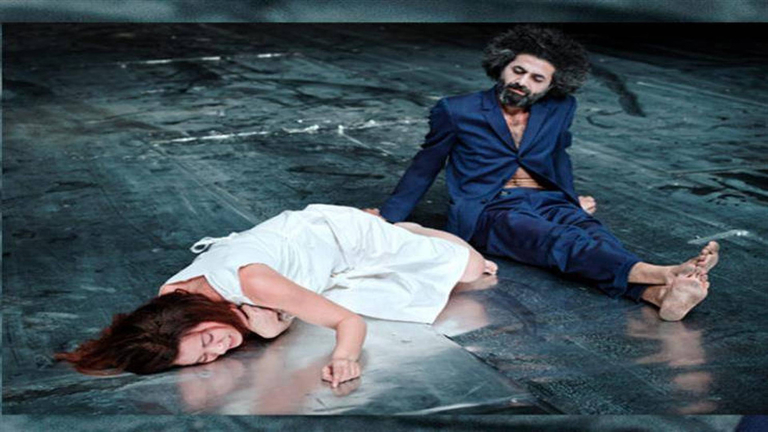 Our guest for today’s episode has remained faithful to the stage, and believing in the necessity of Cinema, graduated from the Higher Institute of Theatrical Arts in Damascus in 2003, works in directing and teaching at the same institute, and directed several plays, he is the Syrian artist "Rafat Alzagout."

Do you consider that the theater was marginalized in Syria by the security authorities?

Yes, the theater was confined only to the Higher Institute of Dramatic Art and the Institution of Theater and Music, and the audience was so limited, it was marginalized because the best way to get rid of the influence of an idea is to marginalize it.

Someone may tell you that you are talking about the Revolution from outside the country, what about the activists and young people within Syria? Do they still have the same enthusiasm?

This way in thinking dispersed people and make them being carried overloaded, until 2015 I was still going to the city of Aleppo and shooting my film and help as best I can, certainly there is a state of helplessness and despair abroad, but let's look for the positives, if the Syrian outside Syria was able to help those who are in the inside, why not?

I am very fanatic about the Syrian revolution, and being with freedom and against murder is not a point of view, I lost a lot of my friends and was surprised by there attitudes, theatrical work is a revolutionary and humane work itself.

What do you say to those who say that this is no longer a revolution?

The revolution still exists, but it is under the arms, and the proof is that there were many demonstrations in several regions during the truce, some may say that I am too optimistic, but the truth is that I am influenced by the movements and revolutions throughout history, all of which lasted for a long time and the results were terrific over the long term.

At the beginning of the Revolution, you have directed a film called (the first Shabeeh), talking about what is happening in Syria in cynical way, why did not you use the theater at that time?

For security reasons, the film business was safer for me and for each of the Working Staff, we can’t not forget that a lot of our playwright friends have been arrested and are still overshadowed until that moment, such as "Zaki Kordillo" and Adnan Ziraee."

Why did the Louvre choose your film (home)? Why did it win the Hope Award in Documentary Film Festival of Marseille in France?

We must recognize that there is a clear interest in Syria by the global cultural scene, because of the general feeling of helplessness in the world about what is happening, besides, my film (home) presents a particular point of view, which tells about three young men that used to have artistic interests before the start of the Syrian revolution, but They were forced to be armed later to defend their people from the oppression of the Syrian army, one of those figures was killed in Aleppo months ago.