Naama Alwani: I Saw an Entire People Live in Prison 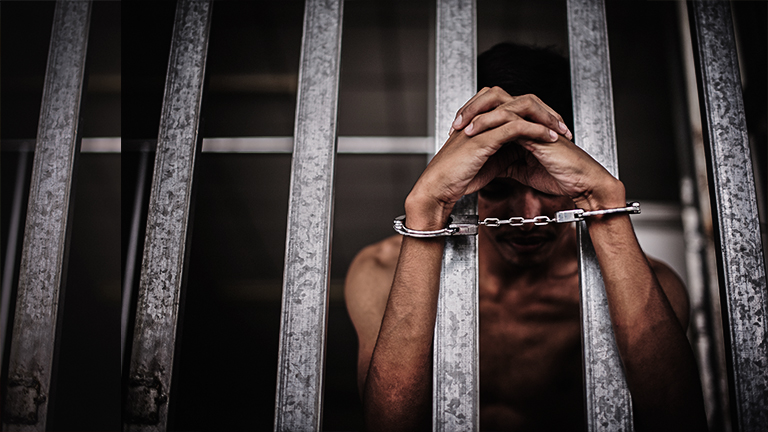 Yasmin was arrested with her husband in order to put more pressure on him to give them more information about his activities, and that was through molesting her in front of his eyes. Umm Mohammed was arrested as a hostage and they made her call her son and ask him to come and surrender himself. As for "Noma", our guest for today’s episode, she has been arrested for being an aid worker and civil activist in Syria.

They arrest you in Tartous then transferred you to the Political Security Branch of the province of Damascus, how was your arrest in Tartous?

My family has fled from Homs to Tartous. I ا have been snitched in Tartous, and they took me on charges of: possession of Space Internet, transferring arms to areas in Tartous, and luring soldiers of the Syrian regime for abducting them, they started asking me annoying questions that humiliated my dignity as a female, and that was the most annoying thing I suffered of during my detention.

How was it in the Political Security Branch of Tartous?

Tartus branch has no place dedicated to women detainees, so we stayed there for only 20 days, and then we were transferred to the central prison of Tartous, which is a civilian prison has nothing to do with political issues. In the branch, they tried to make me admit things I did not do, but I had to admit the things really did it in order to get rid of the investigation pressure, and they told me literally: that my actions are more dangerous than being armed, and peaceful activists destroyed the country more than anyone else.

How was the situation in the Central Prison of Tartous? Considering that it is a civilian prison and not a political one?

There you find people who do not have anything to do with the revolution or politic, women, children, and elderly. it was like an entire people live in prison, and the situation there was harder than the situation in the security branch, where communicating with felonies prisoners was very difficult in the beginning, they look at me as a terrorist, but I learned later this experience was very important, where it is necessary to know that most of the crimes prisoners are also victims of the society and the corrupt judiciary in the country.

Were your parents allowed to visit you there in the prison?

I suffered so much until I was able to communicate with my family, where I did not have any money, so I had to send my news with a girl who was accused of murder, and then they were able to visit me only for one-time and to deliver some clothes to me.

Can you talk to us about your way from Tartous to Damascus?

There were clashes on the road between the Syrian regime's army and opposition forces, and they were using detainees as human shields to protect military officers on the road, it had that bad feeling of being tied while walking in the streets of my country.

How did they receive you in the Political Security Branch of the city of Damascus?

They welcomed us with beatings, insults, and threats, and I was not aware of what awaits me there.

We will continue with Noma in another episode to know more about her experience in Damascus Central Prison and the details of her life after she was released.