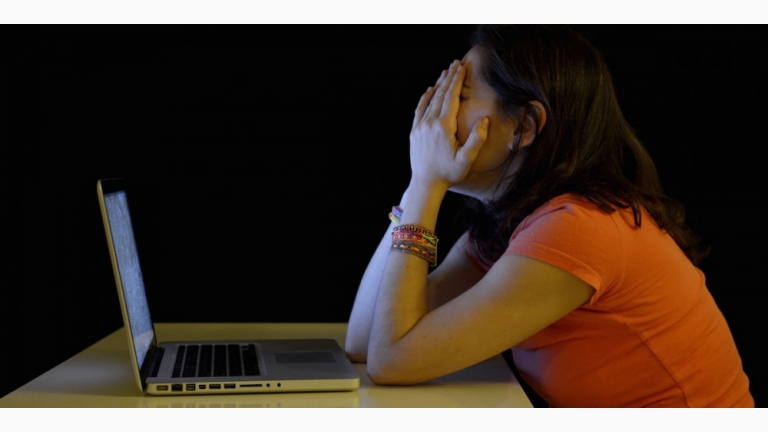 "He recorded his Skype conversation with his fiancée, with whom he agreed to have a Sharia-compliant marriage, after asking her to take off her clothes and have intimate conversations with him under the pretext that he is her legal husband according to Islamic law and that they are enjoying the intimacy granted to them by marriage.” Thus, the fiancée, Aya, succumbed to her fiancé’s demands.

Aya’s engagement, which lasted for three years, ended as soon as the couple lost hope for getting married because the fiancé lived in Europe while she was in Syria. Shortly after she broke up with her fiancé, Aya’s suffering with sextortion began, as the ex-fiancé started threatening her to publish the videos and pictures he got online. Thus, the moments of shared pleasure the lovers had in the past turned to a catastrophe and a scandal that will be the main subject of discussions in her society.

The Internet is an essential part of the daily life of Syrians, as they totally depend on it for communicating with each other, especially in light of the asylum situation that most of them had to bear. That is why we have been hearing about many online sexual blackmail incidents.

Online sextortion is a method that some people use to annoy, or harm someone, or make financial profits by threatening a person to expose him or her on social media platforms, including Facebook, Twitter, WhatsApp, Skype, and other applications. One of the most prominent methods used to sexually blackmail a person is to publish videos of him or her while being in an intimate or embarrassing position, in addition to pictures, sexual conversations, or any other visual props that they use to manipulate the life and feelings of the target person.

99% of victims are women

Mahran Ayoun, a digital security consultant at Salamtak organization, said that the most challenging aspect about cybercrimes is the sense of ease about committing it, while advising the users of social media platforms to read the terms and conditions while using the different websites, which are available to everyone and in Arabic. 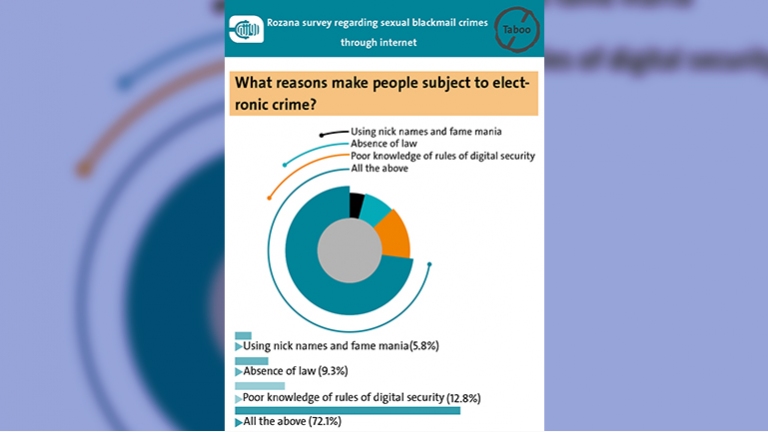 Ayoun pointed out that the person who was subject to blackmailing online, i.e. his intimate pictures were published online without his or her consent, can send an email to whether to Facebook, Twitter, Instagram or any other platform, in which he or she explains that he or she was subject to sextortion and demands that the account be deleted or closed. He noted that these companies deal seriously with such cases, especially if it is related to the publication of personal information and extortion. 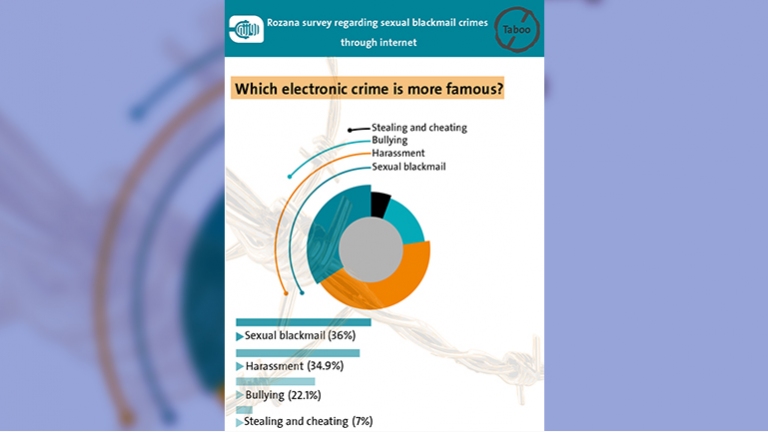 He added that 99 percent of online sextortion victims are women, whether through accounts that they purchased from mobile shops or because of previous relationship with the blackmailer or as a way to get revenge.

Women are exposed to online sextortion more than men, due to dominant social conceptions of the family’s honor and the girl’s reputation, in addition to the presence of the phenomenon of the so-called honor crimes. Blackmailers usually take advantage of the aforementioned norms to threaten the girls in exchange for sexual, financial or retaliatory gains. As such, the perpetrators deceive the girls to send their images or intimate videos, whether through making them believe that they have feelings for them or stealing or hacking their mobile phones.

The issue might be handled badly due the girl’s fear of society, the scandal, and the reaction of her parents, as society tends most of the time to blame and hold the victim responsible for what happened.

Psychiatrist Jalal Nofal said that if a woman is well empowered, and knows how to communicate and exchange with people, she will be able to distinguish between the good and the bad; however, there is a large social group that does not allow women even to go outside. 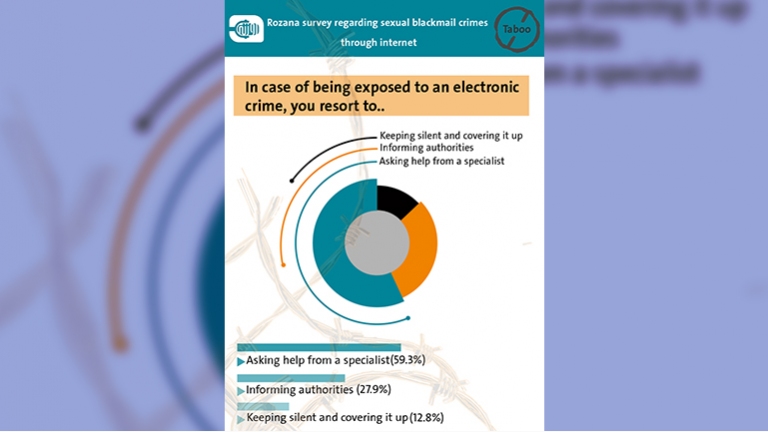 Nofal explained that there are very few safety mechanisms available for women in a male-dominated society, which makes them refrain from speaking for fear of her entourage’s reaction, whether it is at the level of the family, society or the law.

The problem stems from society's belief that women are the cause of the original sin, and even 4,000 or 5,000 years later women will be always accused of committing the sin while men are victims  (in reference to the story of Adam who ate the forbidden fruit and was expelled from heaven).

Nofal added that most people misuse social media platforms, as they lack satisfactory social relationships in their lives, which make them the most vulnerable category to sexual blackmail. He also asserted that people who commit this crime often have developed communication skills, and rely primarily on the victim’s vulnerability. So, being familiar with the necessary skills to use social media platforms can reduce the chances of getting exploited or blackmailed.

Sextortion and the law

Sextortion is a crime that entails the conventional legal procedures usually followed when other felonies are committed. However, in Syria in particular, the only institution that has specialists and experts in tracking online violations is the national security department. On the other hand, the police department or the public prosecution do not have specialized staff that can handle this type abuses, and have to consult with the national security cadres for help when needed. 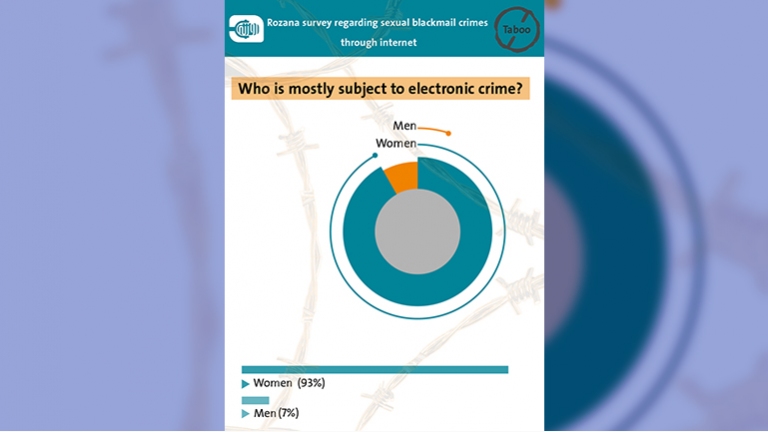 Lawyer Mahmoud Hamam said that the Syrian legislators and law enforcement officials are still unable to decipher the world of cybercrimes, but trying rather to understand how to deal with these crimes and solve them.

The Cyber ​​Crime Law is one of the latest legislative corpuses introduced in Syria, where a specialized public prosecutor and investigative judges and criminal courts have been established. The perpetrators of this type of misdemeanors are tried before a competent criminal court and the courts of first instance whose decisions can be appealed. Thus, the decision of the Court of Appeal is considered final in crimes punishable by a fine, while the offences that entail more severe sentences can be appealed in cassation.

Aya’s story is one among dozens of other stories, where women have been subjected to online sextortion in Syria. A girl may be physically assaulted and beaten or even killed at times, just because women are the locus of the social gaze that links them to the norms of shame and honor.