The young woman is considered guilty until proving her virginity 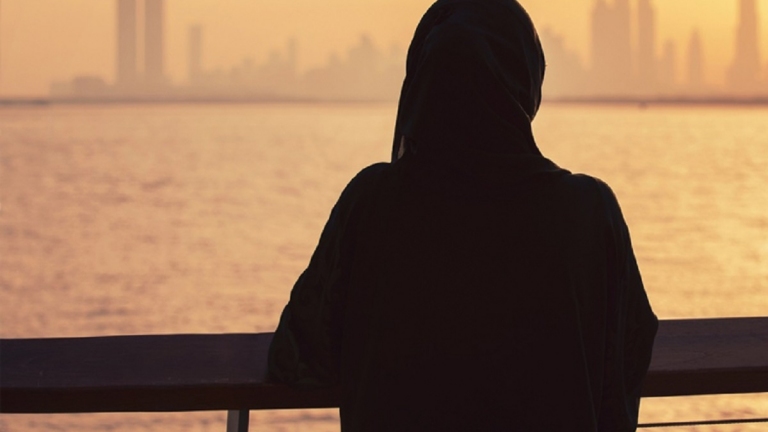 | 25 Feb 2020
Aya is a young woman who was beaten by her husband on their wedding night because when her husband had sex with her, he did not see blood as he expected according to the culture of society. He started shouting at her doubting her honor. He then took her to several doctors who assured him that the hymen is rubbery and it is not necessary that blood comes out and that the membrane is still present and cannot be disposed except with medical intervention. He nevertheless continued beating and intimidating her and was constantly accusing her of having sexual experiences before marriage... Only because he did not see two drops of blood!


In Syrian society, virginity and the hymen are associated with the prevailing customs and traditions. Rather, the individual and the
family’s honor are judged by the integrity or absence of the hymen.
{@@image:[email protected]@}

The truth about hymen
The hymen is a thin skin layer (connective tissue) that is filled slightly in blood, and that is in the form of a flexible ring located on the opening of the vagina, with a small opening that allows menstrual blood to exit during periods of menstruation, that is, the hymen is not completely closed.
It is a common in society that the hymen is evidence that girls have not had sex before marriage, and this is proven by blood flowing at the first sexual intercourse.
However, medicine says that there are several types of the hymen and it is not necessary that it is disposed or blood comes out of it at the first sexual intercourse. This has been confirmed by doctor Omar al-Mustafa, a specialist in gynecological surgery, in Taboo Program, which dealt with the topic Hymen: Is it the honor of the young woman and her family? "The most common type is the circular hymen, which in this case is located 2 cm away from the surface of the vulva," said al-Mustafa, pointing out that 10 to 15% of girls have rubber hymen, which is characterized by its wide opening and flexibility, and a full sexual intercourse can occur without the flow of any drop of blood.

{@@image:[email protected]@}
The rubber hymen is not disposed with repeated sexual intercourse because the male organ can enter the vagina and the hymen remains intact. So, it may need surgical intervention through a small cut to make sexual intercourse correct. The young woman may get pregnant and the hymen can also be disposed with surgical intervention during the birth process.

Hymen is evidence of the honor of the young woman and her family
In the Syrian society, the concept of honor has been linked to women and their virginity. People have considered the hymen as evidence of her honor and the honor of her relatives, father, brother or husband.
Customs and traditions have prevailed about the concept of the wedding night, as everyone used to wait for the groom to come out with a white handkerchief stained with blood as evidence of the virginity of the girl. Although showing this evidence in public has been gradually fading, women still keep it in case their honor is doubted to show evidence of their honor.

{@@image:[email protected]@}
Najma al-Sabah Mustafa, a women's rights coach, said that "as a society, we were brought up with the concepts of associating honor with this small body part in a woman, the hymen. The young woman was raised as being responsible for preserving the family's honor, to the point that she misses enjoying the her life with her mother telling her daughter not to jump, not to ride a bike, not to play a sport, etc. All these tips are meant to preserve the daughter’s hymen.”

The scandal and the fear of losing the hymen for any reason makes the girl resort to hymenorrhaphy to preserve her life and reputation.
Al-Sabah Mustafa stressed the need not to educate future generations to limit the honor to the girl’s body and prevent her from practicing her life normally.


Hymen and hymenorrhaphy in Sharia
It is a surgical repair of a torn hymen, or even if a girl is born without a hymen, part of the vaginal lining is used to restore the hymen. This surgery is available in our society because the culture of society links the honor and life of the girl to the hymen.
From the Sharia perspective, Muhannad al-Mustafa, who holds a master’s degree in Islamic jurisprudence, believes that conducting such surgeries is permissible in Sharia if the girl’s life is exposed to danger, and because the principle in Islamic law is concealment and avoiding defamation and scandals. He even indicated that it is the duty of the doctor to perform the surgical operation if it is proven that the young woman will be killed if she is disclosed.
Muhannad added that murders occur due to issues related to the honor and virginity of the woman. He explained that in Sharia, there is nothing called an honor crime, and that in our country, throughout the Islamic times, this type of crime did not exist and it has rather newly emerged.
There are many stories of young women, who intentionally or unintentionally lost their virginity, and who have been subjected to many violations by society and their surrounding, and most of these cases often reach the point of killing the young woman to ward off shame according to the culture of society.
Muhannad indicated that the hymen was not mentioned in Sharia texts, and religion did not discriminate between men and women, but rather equally dealt with them in terms of committing sins or other matters.