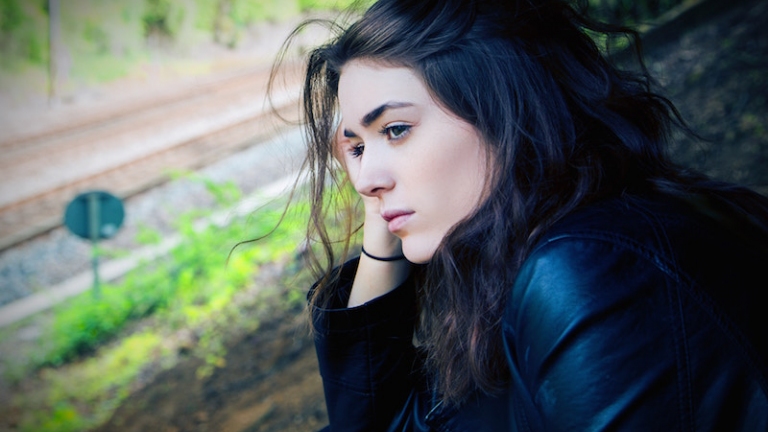 | 13 Feb 2020
"Do you want that they send me back to you the next day?," said a Syrian woman who was raped by her uncle in her house more than once for 4 years. Out of fear, she did not reveal the story. A young man proposed to her but she refused. Her mother started asking questions to understand her decision. The daughter ended up by telling her the whole story.

Why does a person who has been raped prefer silence?

Incest is a form of sexual assault, in which a family member, ascendants or descendants force a child, an adolescent, or an adult to engage in a sexual relationship. This practice is prohibited by religion, law and society.


It is difficult to find figures and percentages illustrating cases of incest in society due to the secrecy and the silence surrounding these issues so as to prevent the scandal which affects the reputation of the family. As for the victim, as in the case of "Jamila", she remained silent because she was afraid from her uncle's threats, for he convinced her that all what was happening is common and that it happens to all girls. Also, the victim was afraid of blackmailing, bullying, her parents' reaction, or the fact that she would not be believed.


In the Taboo episode, while tackling the issue of incest and rape, one of our guests Psychologist Dr. Salah Lakkah, explained the reasons behind silence after being victim of sexual harassment. Particularly, in the case of incest, he noted that “Jamila had been raped since she was a child, and children are not aware about these problems, because they’re not already mature physically, psychologically, emotionally, cognitively and intellectually.”

Dr. Lakkah pointed out that the child does not know what is happening to him/her, especially if the aggressor is a source of trust for him/her. So, he/she does not realize that he/she was sexually abused though he/she is not comfortable with what was happening. Dr. Lakkah added that the child in the early stages of development is self centered, explaining the events around him/her in an egocentric way.

He stressed that a good family that supports the child can pave the way for the child to talk about what’s happening to him/her. But for families who are distant from each other the child will be exposed to abuse, suffer alone, and prefer silence instead.
In the family, the mother is the member most capable of protecting her child and discovering the effects and traces of abuse that he/she may be exposed to.

It should be noted that in cases of incest or rape by a close person, the aggressor plans for the act. For example, a child may be deceived by being engaged in sexual games, as well as being subjected to touches and words having sexual connotations and other practices that precede the aggression.

The medical condition of victims of sexual assault

Dr. Saba Jadaan, the specialist in clinical procedures for rape crimes, said that immediately after the rape occurs, the woman should consult a specialist to help her prevent complications resulting from the assault. This stage is called the "golden period."

According to the doctors, this period is estimated between 72 hours and 5 days. This period is very important for diagnosis, for the proof of rape is still present in the victim's body, such as semen, hair, or signs of violence, scratches, or wounds, which can be revealed through forensic medicine. This golden period contributes to the prevention of sexually transmitted diseases.

In this period, the doctor gives the victim antibiotics and tetanus vaccine in case she is injured, in addition to oral contraceptives as the most serious health problem that may face her is pregnancy.

How does Syrian law treat the crime of rape?

Lawyer Mahmoud Hamdo explained that from a social perspective, the woman or her family cannot resort to justice because they fear the scandal.

When a scandal occurs, the public prosecutor intervenes to arrest and imprison the perpetrator until a judgment is issued against him.

Lawyer Mahmoud Hamdo indicated that the law does not hold women responsible for rape. If a woman kills a person trying to rape her daughter, neighbor, or any other woman, the law guarantees the right of defense and does not impose the prison sentence on her.


Article 984 of the Syrian law states that "anyone who compels someone other than his spouse with violence or threats to have sexual intercourse shall be punished with hard labor for at least fifteen years, and the penalty shall not be less than twenty-one years if the victim was under fifteen years of age.”

With regard to the attenuating reasons of the sentence, the lawyer explained that if the offender was proved to be insane, he would not be tried, but he would be transferred to a place called "preventive detention" to protect other people.

As for mental illness, the perpetrator’s file is transferred to a committee of psychological experts, which may consist of five or seven members, according to the judge’s decision. His case is studied and a report is submitted to the court. However, if the crime is committed under the effect of drugs or alcohol, the sentence will be more severe.

How does society perceive victims of rape?

Society blames the victim, accusing her of triggering these practices because of her way of clothing and behavior.

Psychologist Dr. Salah Lakkah explains the reasons that make society blame the victim through the “fair world” theory. The theory states that what happens with the individual is the result of a certain behavior he used to have. Because humans, by nature, are not comfortable with mysterious things, they always tend to establish the cause and effect rationale.

Because members of society fear that they may be subjected to such violations, they keep reassuring themselves that they do not have the same behavior of the victim and thus they are safe. That is the reason why the community keeps blaming the victims.

Even the victim may blame herself and hide her sense of shame and embarrassment. She may even try to find excuses for the offender and convince herself according to society's cultural reference.